From the Secondary School Principal

I proudly want to share the achievements of two of our Grade 12 students in this edition.
Evan Luthra

Our students at Pathways have within them one common denominator- the propensity to question, reflect and offer, sometimes even construct a solution to address a difficulty that enters their cognitive purview, including global  concerns such as the geopolitical situation of India, the global fiscal condition or even technological innovations and hazards. One such student Evan Luthra all  has developed 18 software applications.  Already due to his brilliance and popularity he has about 5,00,000 followers on his blog. He has been invited to Google conferences where he made his presentations in front of stalwarts in technology and received remarkable praise for his excellent work. He has made his presentations in the Google Conferences of Gurgaon and Mumbai. Evan also received a special commendation after presenting in Amity University Noida. This is the confidence and the exceptional achievement of Evan Luthra that we are all so proud of! He is indeed an example of being and thinking different, of harnessing his creativity and therefore is on the path of being accomplished. He was able to achieve it because he bridged the gap between his ideas and action. As Alfred Whitehead says, “The vitality of thought is adventure. Ideas won’t keep. Something must be done about them.” Congratulations Evan. We are very proud of you!
You can watch the video of his presentation on
https://dl.dropbox.com/u/16302360/EvanGoogleTalk.mov 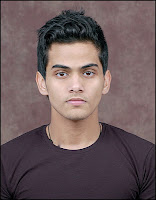 Shubhang Arora of Grade 12,
who is already on a mission to spread awareness of issues he deeply cares about- by writing in newspapers, online blogs and articles. As they say, “The pen is mightier than the sword.” He attempts to reach out to people through his writing about current affairs and issues that affect us at large such as the loopholes in providing basic education, the concern of FDI in retail in India and of course the glaring and blatant corruption that our political system is plagued with. It is this character, belief and approach of this kind that endorses the ancient Chinese proverb- When winds of change blow, some people build walls and some other build wind mills. Such an effort from an individual, who is only at the threshold of adulthood, is what we are very proud of! Congratulations Shubhang and keep the good work going!


The other two articles were published on ‘Millennium post’ dated 31st October 2012 and ‘Pioneer’ on 30th October 2012.
It is only rare that we find such exceptional achievers, but from them we draw great inspiration, even as adults. I see each child in his own way creating, building or even reversing his/her ideas about everything he/she is learning- everyday. With our youth, who are able to scale greater heights with their intelligence, awareness and vision, we are delighted to assist them as they explore their future.  As Tolkein says, “Not all those who wander are lost.”
Umar Jaffar 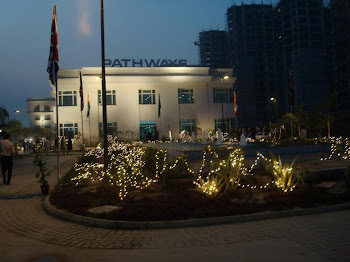